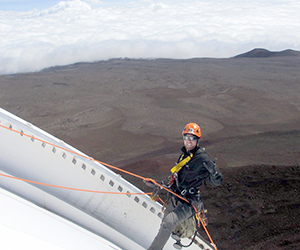 Chairman
Eric is an experienced Rope Access Maintenance Technician, Fall Protection Consultant and Explosive Ordnance Disposal technician. From the mountains of Afghanistan to the summit of Mauna Kea, he has worked on a large variety of sites in extreme environments. He has a background of emergency/hazmat response and holds SPRAT III, OSHA 30, BOSIET and Confined Space Rescue certifications. His drive is to make the impossible not just possible, but routine. 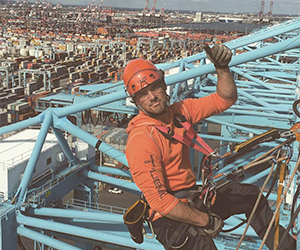 CEO
Trask is the consummate rope man. Whether tied into the sharp end of a single rope on ice or rock, or rigging ropes to make a drop from wind turbines – he is equally at home in the vertical world. Trask has worked and rigged in amongst many industries to include petro/chemical, paper/pulp, bridges, dams, wind turbines, skyscrapers, and grain silos. He has also designed and managed rigging for climbing movies such as Higher Ground and Luxury Liner, both produced by Alstrin Films as well as stunt rigging for Fast and Furious 7. In addition, he is an EMT, and holds a SPRAT level 3, BOSIET, an OSHA 30 and Confined Space Rescue certifications. Trask puts safety above all else. 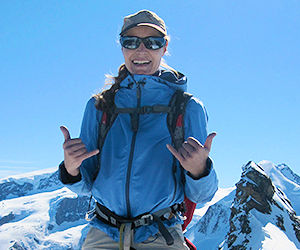 CSO
Karina joined Master Point April 2019 as part of the Leadership focusing on strategies for marketing and business operations. She is also the owner of her company Online Presence Care offering services in website design, content marketing and search engine marketing. Her passion is helping businesses gain more clients and revenue through online marketing. She has an Associate in Science of Marketing degree from Hawaii University. In her free time Karina is enjoying the outdoors with rock climbing in Colorado and spending time with her partner and their agile dog.

Go to Our Store and use the Coupon Code: WINTER2023

You can find out more about which cookies we are using or switch them off in settings.

This website uses cookies so that we can provide you with the best user experience possible. Cookie information is stored in your browser and performs functions such as recognizing you when you return to our website and helping our team to understand which sections of the website you find most interesting and useful.

You can adjust all of your cookie settings by navigating the tabs on the left hand side.

Strictly Necessary Cookie should be enabled at all times so that we can save your preferences for cookie settings.

If you disable this cookie, we will not be able to save your preferences. This means that every time you visit this website you will need to enable or disable cookies again.